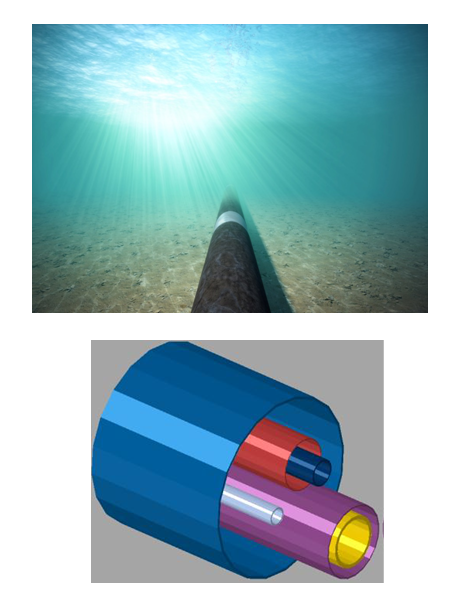 Z-Subsea provide most competent team of experts to deliver a robust and economically viable design to meet the project requirements.The pipeline and riser design process can be based on PD8010, DNV, ASME and other industry recognised standards.

The initial calculations of subsea pipelines wall thickness at FEED stage is based on:

However, for High Pressure-High Temperature (HPHT) pipelines, consideration should be given to:

Depending on the linepipe dimensions, a thin or thick wall theory should be used to assess the stresses in the pipe.

There are also other factors in selecting wall thickness for a pipe. For HPHT systems, there are usually HIPPS systems used to protect pipeline from over pressure.

Depending on the HIPPS valve closure time, the pipeline will have a fortified zone. Also, if the protection system upstream, and isolation systems downstream the pipeline fail to react on demand, there is possibility of pipeline over pressurisation which requires probabilistic design against burst or “loss of pressure containment”. Other factors like accidental loads and seismic activities could affect the initial sizing of a pipeline. These accidental or exceptional load cases should be looked at using reliability and probability of failure analysis.